The Charity Division at RBEPS: Assessing a Clinic-based Welfare Program

When one hears the word welfare, the state comes to mind as its primary

dispenser. Second to it, there is the community, which is often seen as its object or

target rather than its implementer. Most people would not think of a clinic as the focal

point of a welfare program. Yet, as Mayo (1994) asserts, welfare is now increasingly

becoming a “mixed economy” that many stakeholders contribute to. The future and

sustainability of welfare relies on heterogeneity– its dispensers, beneficiaries,

supporters, and benefactors cannot be one undifferentiated mass.

From this forward-looking thinking, it follows that the systematic provision

everyone can add something to. Clinic-based welfare is a specific form of that. The

responding to their corporate social responsibility, clinics like RBE Psychological

Services are not only invited to contribute to social welfare, they are also especially

poised or positioned to provide them.

RBE Psychological Services (RBEPS) takes for itself the vision and mission

of . In order to live up to these ideals, RBEPS established its Charity Division (CD), a

economic, social, and environmental peripheries. The division was first chaired by

Elisa Torres and then co-chaired by Mark Piedad, both from the University of the

Philippines. The CD’s flagship program had for its primary objective the provision of

rehabilitation facilities, and centers for children in conflict with the law (CICL) and

youngsters who were sexually or commercially exploited (OSEC).

Hundreds of picture books, comics, textbooks and workbooks, and references

were handed out to My Home in Tayud, Liloan, the Maghaway Youth Home in

Talisay, and Sapak Farm in Compostela. The last distribution occurred in ****, with

three boxes full of reading materials and some items such as bags to Safe Haven, a

DSWD run center in Labangon, Cebu City. Since the onset of the pandemic, the

the collection and dissemination of electronic material in the form of ebooks, digital

posters, charts, and pictures, and other types of educational files. It has also extended

in scope, with schools such as Ibabao Estancia Elementary School now becoming

support groups that have been up and running since the first pandemic year. Heeding

depression and anxiety levels blew through the roof, the COVID-19 Support group or

mental health. Meeting every Monday from 11 in the morning to 12 noon, no less

The Mental Health Hour Cebu (MHHC), originally founded in 2018 and

facilitated by a loose group of confidantes from the province, found continuity with

the RBEPS CD. When the face-to-face listening sessions stopped because of the

lockdowns, quarantine, and travel restrictions, RBEPS CD made sure that the

therapeutic power of listening continued to help those who have benefited from thefree program. Since the first pandemic year, RBEPS CD has conducted numerous

listening sessions, providing free support to individuals and continuing to advance the

MHHC’s mission of undoing the effects of the stigma around mental health.

Understandably, many of the stories that were told to be listened to revolved around

the listener-turned-story tellers’ pandemic experiences. Since February 2020, the

MHHC page has received nearly 5,400 visits, peaking at the last quarter of 2020 when

Cebu was transitioning from stricter quarantine status to MGCQ.

The RBEPS CD has also been offering for more than a year now, the First

healing. Whether they are recovering from a neurodevelopmental disorder such as

A-D/HD, a personality condition such as Bipolar Personality Disorder, an anxiety

disorder, substance use disorder, or a stressful phase of their lives, First Step has

become a companion in many a journey, reminding those in the road to healing that

their first step is also the most important one; that all of us have the responsibility of

one step closer to the truth.

came out of the need to make mental health services accessible for all, especially

those who find it most unreachable– the poor and those in the fringes of society.

Many who are in the peripheries suffer because of toxic relationships. Unfortunately

mostly women, participants of GGB come to the Saturday evening sessions to find

freedom from the bondage of tumultuous relationships and self-defeating lifestyles,

especially that of codependency and other addictions. The group has ballooned to

These programs and projects, albeit free, come with a cost, foremost of

which would be operating expenses including salary for staff. RBEPS CD had to find

a way to fund these activities. Apart from donations coming from the HealTree Mind

project, which links potential service users with sponsors or benefactors, the clinic has

recently established its Community Shop, a marketplace of sorts that allows mental

RBEPS to sell. All proceeds directly go to the CD. Most recently, funds from the sales

These environmental activities, including the Fauna-Mind Therapy activity

this July 9, 2022, do not only abet the environment and instill a love of nature in those

who take part in it, they also provide participants an opportunity to be healed by

cats, and other creatures, participants allow nature to touch and heal them. Since the

tree planting and cleanup activities under the HealTree Mind Project, individuals with

stressor-related disorders, and obsessive-compulsive disorders have gained a better

sense of connection, grounding, and compassion, relieving them of their mental

Like most welfare programs, clinic-based or otherwise, the surface activities

very often, by and of themselves, portray a picture of positive outcomes and

substantial impact. Beyond the narratives, testimonies, and the subjective experiences

of this mixed economy of welfare, how is one empirically to measure or assess the

merits of social welfare? When people are aided systematically, what instruments or

algorithms can help us ascertain that such activities have indeed raised the standardsof living, quality of life, happiness, or other objectives these programs purport to

improve? Not an easy question, the challenge has been taken up by many from

different fields. An example is that of Sen’s Gini Social Welfare Function, taking into

maximizing the welfare of those who have life’s minimums.

And then there are many others. One challenge is the fact that has been

observed by the American Psychological Association: Assessments of welfare are

fundamentally based on altruism and associated values which have powerfully

subjective undertones. That is, most of our instruments to evaluate welfare programs,

including clinic-based ones such as the RBEPS CD, are attached to personal meanings

of what it means to be giving, relevant, impacting, significant, or helpful (Pfuhl,

Haghish, & Biegler, 2013). The decided sidestepping of this pervasive and perhaps

totally inescapable bias, is of course to minimize it or surrender to it fully, bracketing

it and contextualizing our assessments with the full realization of this limitation.

matter of laying the predicate, I turn to the work of Laureate Professor at Princeton

University, Peter Singer, as a way of evaluating RBEPS CD. Using the framework of

effective altruism (EA), it can be said that welfare programs are efficacious when

resources to effective charities or advocacy activities, engage in open and critical

where they can do the most good, talk to others about giving, and offering a part of

their body for what is good.

respect, balance, excellence, perseverance, and sustainability. The RBEPS CD can be

stakeholders (Appendix A); commits to keeping balance through continuous learning,

B); articulates the whys behind its growth-inducing activities; achieves consistency

and regularity despite setbacks and failures (Appendix C); and movements towards

final causes through learning, relearning, and unlearning with due consideration for

intersects with Singer’s EA. It shows a matrix that the staff utilized to assess one part

others’ pandemic experiences, relating to, learning from, and holding sacred these

stories by documenting them and applying health science lenses; the balance was shown

walks of life; excellence by fathoming the purpose of inoculation, the sacrifice of

those in the front lines, and vaccine development; perseverance in the dogged pursuit

of keeping COSupport going; and sustainability in facing misinformation and

From the EA part of the matrix, it became apparent that RBEPS is being

COSupport. The other EA facets were observed in the publishing of a mental health

philanthropic mission, the material having been distributed for free. Spreading the spirit of altruism was expressed in the form of disseminating information, cultivating

and the EA dimensions. These may have been subthreshold, if not totally missing.

Whatever the case may be, this pushes the clinic to reconsider alterations in the

instance of delivery. For example, the next COSupport sessions can focus on having

participants share how we can live modestly and contribute generously (e.g.,

can contribute to vaccine development.

in the provision of social welfare services. [Unpublished manuscript]. RBE 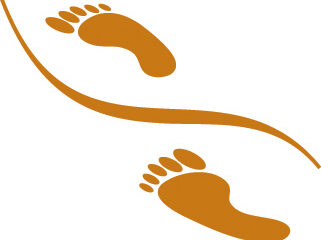 The Next Bold Step Forward

The Next Bold Step Forward on the occasion of the Ibabao-Estancia Elementary School’s Stakeholders’ Summit 2022 Delivered by Hon. Romulo P. Echavez Jr A Message of Support A few days from now, on June 11, Read more… 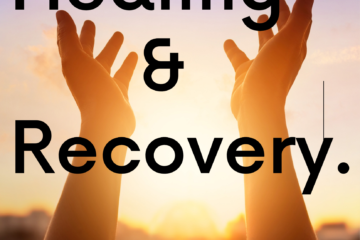 RAPID Healing, Recovery, and Rebuilding from the Learning Crisis

A Message of Support on the occasion of the Ibabao-Estancia Elementary School’s Quarter 4 Virtual SMEA Conference 2022 Delivered by Hon. Romulo P. Echavez Jr No one will contend that more than monitoring and evaluation, Read more… 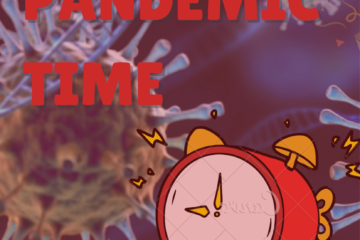 A Message of Support delivered by Hon. Romulo P. Echavez, Jr on the Occasion of the IEES Stakeholders’ Summit ‘22 Pandemic time. So much about our perception of time has been changed by the pandemic Read more…